Applications for the scheme are now open. The successful teams will include experts from the climate science, community engagement as well as the arts and culture sectors.

The ‘Creative Climate Action II: Agents of Change’ programme is a joint initiative of the Creative Ireland Programme and the Department of Environment, Climate and Communications.

The programme is calling for creative projects which address the following:

There are two funding strands:

This strand is for those looking to pilot a new idea, or who want to deliver a creative project at a local level. Organisations, community groups and creative groups who can inspire, build knowledge, skills and confidence are welcome to apply for grants between €20,000 and €50,000.

This funding strand is suitable for those with experience in delivering public engagement projects at scale, and are proposing durational projects with extensive public participation. Applicants may be eligible for grants between €50,000 and €250,000.

An online briefing will take place on Monday the 12th December from 12.00-1.15pm where you will have the opportunity to ask questions to the funding panel and some project participants funded under Creative Climate Action I. All questions and responses will be noted and made publicly available on the FAQ page on the application portal.

Further details on registration are here.

A networking session will take place on Tuesday the 24th January in Dublin to support the development of interdisciplinary partnerships and project teams.

Further information on the event and details on registration are here.

An online application support session will take place on Wednesday 1st February from 1.00-2.00pm to help you with the application form, the development of project plans, and the preparation of budgets.

Further details on registration are here. 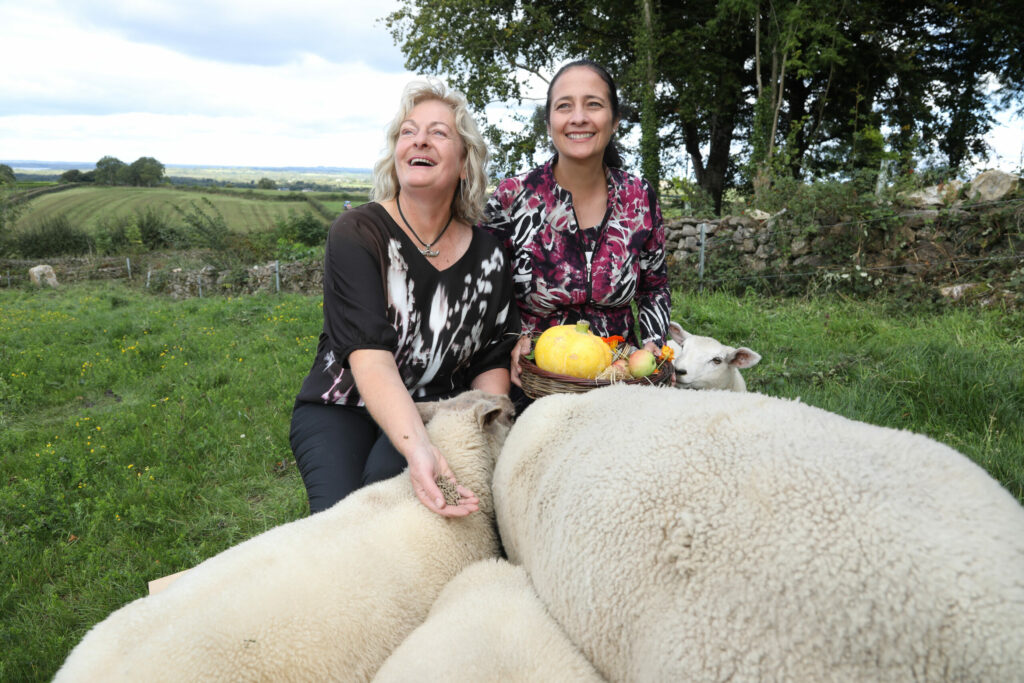 Minister for Tourism, Culture, Arts, Gaeltacht, Sport and Media, Catherine Martin, said: “In 2021 Ireland’s Climate Action Plan outlined the steps that needed to be taken to create a more sustainable future for Ireland. That plan was ambitious and called on all sectors of society including the creative community to play their part in achieving net-zero emissions by 2050. I am proud that the Irish government has such an explicit link between national cultural policy and climate policy. The first Creative Climate Action projects have done much to capture the public imagination, mobilise communities and show how to make the changes needed. Climate change is humanity’s most important challenge and we need creative projects such as these to galvanise positive action”.

Minister for Environment, Climate and Communications, Eamon Ryan, said: “Significant cultural and systemic change is needed to address the climate crisis. The cultural and creativity sector has such a crucial role to play in bringing the many issues and stories that we have to tell about climate to life, through art, theatre, literature, film and media. It can expose, highlight and raise awareness about a myriad of climate issues, connecting with people in a way that policies or politics often can’t.”

The first fund was launched in July 2021 by the Department of Tourism, Culture, Arts, Gaeltacht, Sport and Media in collaboration with the Department of the Environment, Climate and Communications. It supported 15 pilot projects from around the country. This included dramatic light installations that demonstrated rising sea levels, urban pollinator paths, immersive agricultural programmes in Dingle and Tipperary, decarbonising projects in Limerick and Waterford and the regeneration of the repair and reuse culture in Westmeath. 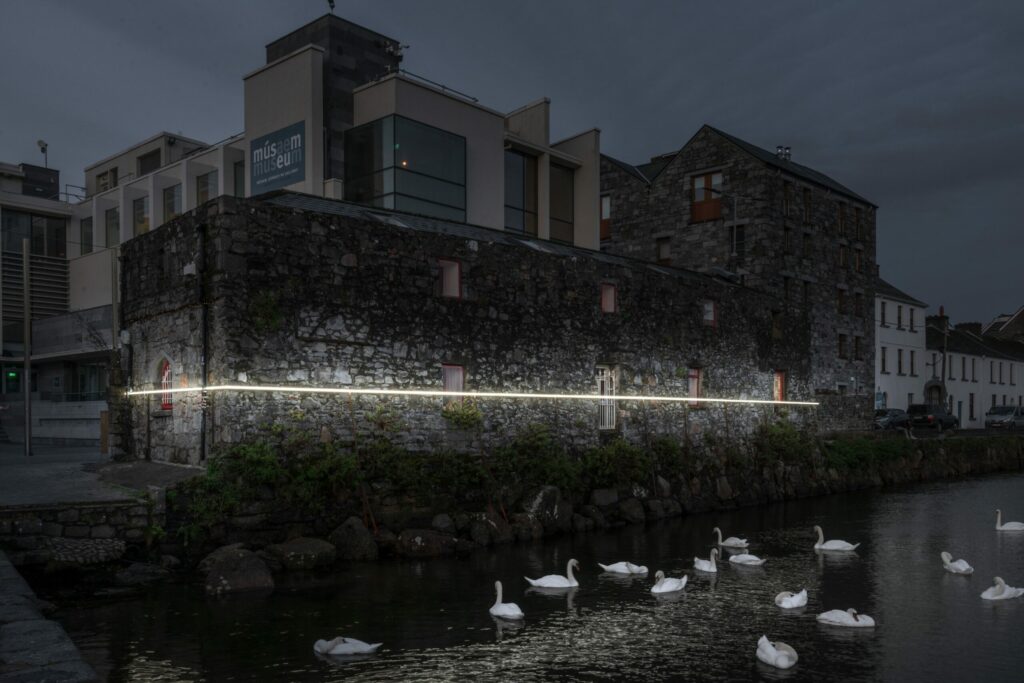 Project partners included artists and the wider creative sector, climate scientists, local authorities and community groups. The key objective of Creative Climate Action is to provide support for creative and cultural based projects that engage the public about the behaviour changes society will have to make to address climate change.

It is part of the Programme for Government commitment to “support Creative Ireland in its ‘Engaging the Public on Climate Change through the Cultural and Creative Sectors’ initiative.”

For the month of April 2022, the Callan Energy Store hosted a series of talks, discussions, workshops and film screenings – all with one goal: to improve the energy efficiency of the town. In 1907 ‘The Callan Powerhouse’, was a locally-owned electricity generating company that provided electricity to a dozen local businesses, and provided public street lighting, long before such things illuminated other rural towns. This project aimed to recharge the idea of locally-produced and owned electricity generation, and empower citizens to start making the changes we all need to see. Callan Energy Store | Creative Climate Action

Línte na Farraige is a collaborative project that highlights the issues of rising sea levels due to climate change. Artists Timo Aho and Pekka Niittyvirta, have created light installations at the Spanish Arch in Galway and Wexford Harbour which represent future sea levels as predicted by international research agencies such as the Intergovernmental Panel on Climate Change. Further installations can be seen in Dún Laoghaire next year.  The project was led by scientists Zoë Roseby (from Trinity College), Maeve Upton (Maynooth University), Gerard McCarthy (Maynooth University), and Jamie Mathews (Imperial College London), as well as the Dublin Climate Action Regional Office. Línte na Farraige 2022 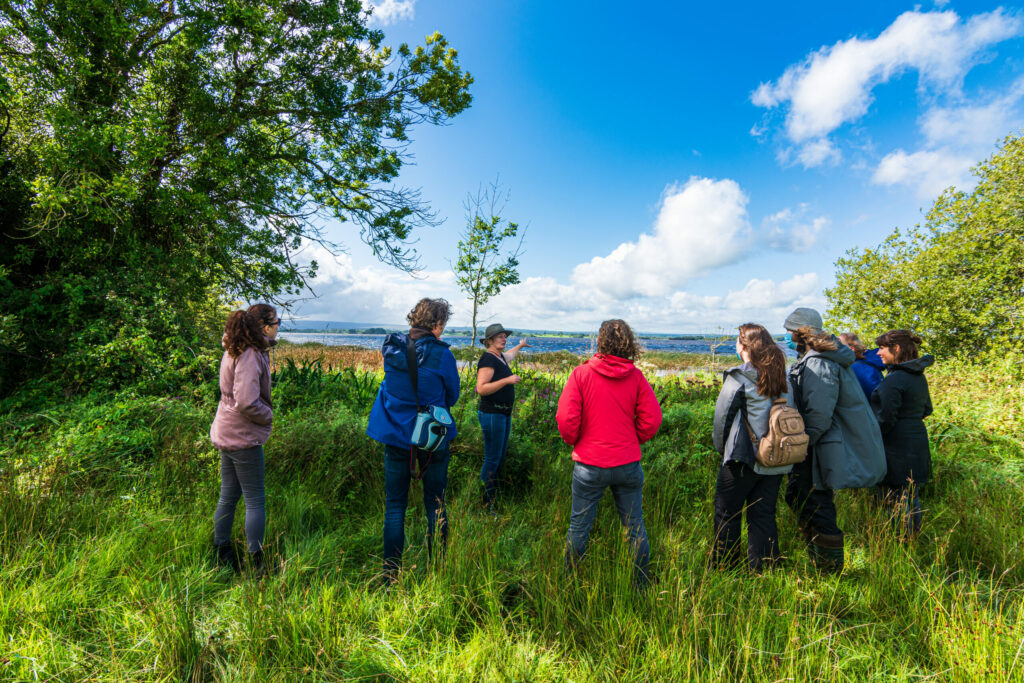 Field Exchange was presented by Brookfield Farm in collaboration with artists Deirdre O’Mahony and John Gerrard. The project was launched on the Summer Solstice, 21st June 2022, and culminated in a conference and Harvest Feast on 16th September 2022.

Over the summer a group of farmers, experts, interested public and artists met at exchange tables led by the National Organic Training Skillnets. These Field Exchanges brought together art, food, and agriculture and created opportunities for the public, artists, farmers, scientists, and experts from relevant fields to congregate and exchange ideas about how to combat climate change, as well as about production and consumption. Field Exchange | Creative Climate Action