Known for her unique use of traditional song and lament in contemporary art, vocalist/artist Ceara Conway has released a new song, ‘Anach Cuain’, from her forthcoming album.

Set for release on 31st March, ‘Caoin’, which was commissioned by Creative Ireland and Galway County Council, explores the beautiful sounds and sentiments of longing and loss found in traditional praise songs and lullabies, with a core emphasis on the traditional Irish ‘caoineadh’, or lament.

A renowned contemporary singer and visual artist, Ceara Conway creates experiential performance works that utilise traditional and contemporary songs, music and visual art to explore social issues such as the ecological crisis, migration and feminist concerns. Ceara has shown and performed work internationally and in Ireland, including at the Katzen Arts Centre, Washington; the Barbican, UK; Edinburgh Fringe Festival; Irish Museum of Modern Art; The National Gallery of Ireland and many more.

Ahead of the release, Ceara has shared the second single from the album, ‘Anach Cuain’, with an evocative accompanying film by Laura Sheeran.

Ceara explains the story behind the song:

“On Thursday, 4 September 1828, 20 people travelling to Galway on the Caisleán Nua were drowned when a sheep put its foot through the floor of the boat. This tragedy later became the subject of the famous lament, Eanach Dhúin, also known now as Anach Cuain. Composed by the famous blind Irish poet, Antoine Ó Raifteiri.”

See below for an Irish and English sample of Ó Raifteiri’s poignant 1828 lyrics:

If I am spared, I’ll be long telling

Of the number drowned out of Annaghdown.

My pity tomorrow for the fathers and mothers,

Women and children who are weeping.

Oh King of graces, who created heaven and paradise,

Oh God, two or three would have been bad enough –

But such a fine day, without wind or rain,

To sweep away a whole boat-full! 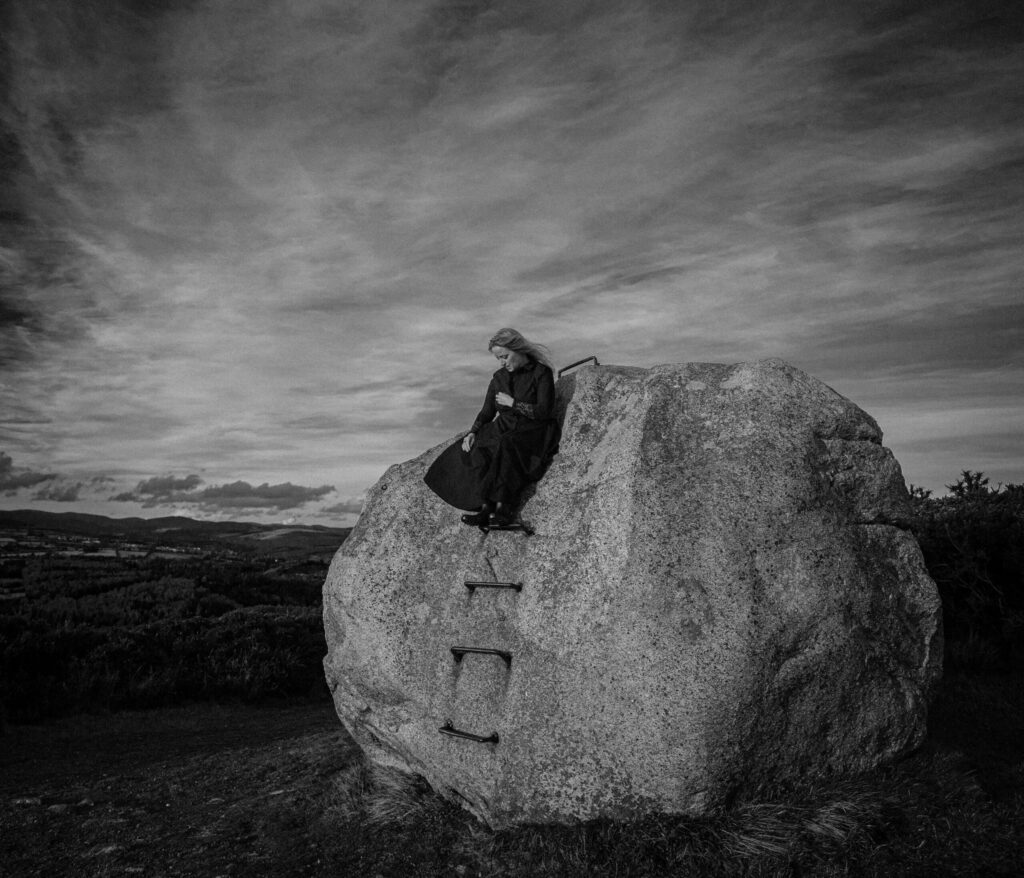 “‘Caoin’ was born out of my love for singing Irish traditional sean nós songs that have melodies and narratives expressing feelings of loss, longing, and the sensibility of the ‘cry.’ Within ‘Caoin’ you will hear laments (caointe) alongside praise songs, love songs, and lullabies. I have a grá (a love) for singing songs from all over the world but singing sean nós holds a special place in my heart for many reasons such as my Connemara roots, my love for the Irish language, and the pure visceral experience of singing melodic ornamented lines and notes. Most of all I love singing sean nós songs for the resonance that I experience when singing them, the emotions they express feel timeless and universal.”

Ceara has gained recognition for her singing in traditional repertoires across cultures from Irish traditional sean nós, to Portuguese, Arabic and African song, and Gregorian Chant. The essence of her music is its unique hybridity, a merging of her love and respect for tradition coupled with her interest in new styles, genres and contemporary music.

For details and tickets, visit glór.ie

Find out more about Ceara Conway at cearaconway.ie

Find out more
Birds of the Kerry Biosphere
Creative Communities

Birds of the Kerry Biosphere

Find out more
Birds of the Kerry Biosphere
Creative Communities

Birds of the Kerry Biosphere