Skip to main content
Hard to be soft - A Belfast Prayer

Some of Ireland’s finest performing artists and writers will be flying the flag for Irish culture and creativity in Scotland this month.

In what has become one of the most important global showcases for international touring opportunities, we’re shining a spotlight on the stunning line-up of shows and artists supported by Culture Ireland, as part of this year’s Edinburgh festivals.

One of the most respected and world-renowned cultural barometers, the Edinburgh International Festival celebrates its 72nd year in 2019 and the festival’s status as an iconic artist showcase shows no sign of diminishing. Belfast-based dancer and choreographer Oona Doherty brings her acclaimed dance piece Hard to be Soft: A Belfast Prayer to the festival after wowing audiences in the Abbey Theatre last year, proclaiming critics to call it “Stunning… a piece that needs to be seen again and again”. Doherty’s piece looks behind the masks of violence and machismo to the inner lives of Belfast hard men and strong women.

Zoe Ní Riordáin Everything I DO

The Edinburgh Festival Fringe, the world’s largest event of its ilk is still the kind of incredible celebration of arts and culture that is practically unrivalled anywhere else in the world. The multi award-winning play by Fionn Foley, Brendan Galileo for Europe, mixes politics and Eurovision song contest to hilarious effect, while Spliced by Chalk It Down Productions is an exciting site-specific show that tackles Irish stereotypes around hurling.

Written by Janet Moran, the hijacking comedy A Holy Show promises music, nostalgia and heroism while the music-driven theatre piece Everything I Do mines the universality of love, pain and hope. Its star Zoe Ní Riordáin picked up the Best Performer Award when the show premiered at Dublin Fringe last year so it’s firmly one to watch.

Appropriate, an “engrossing, winningly tongue in cheek” (The Irish Times) one-woman show from Sarah-Jane Scott runs for the entirety of the festival, while Gina Moxley and Abbey Theatre bring The Patient Gloria to Edinburgh following its sold-out world premiere at the Dublin Theatre Festival. A provocative and upfront meditation on therapy and female desire, the Irish Independent called the play an “experimental extravaganza”.

The last day before the shutdown of the iconic Clery’s department store in Dublin informs Fishamble and Pat Kinevane’s Before, The Irish Times described as a “real showstopper”, and two-time Fringe First-winning CoisCéim Dance Theatre return to Edinburgh with a spectacular concept. Body Language, their new show which see a spontaneous performance is created each day in real-time from live interviews, photography, video projection, music and choreography. 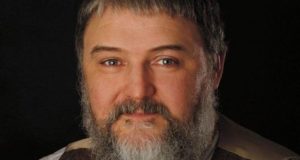 Find out more about the Culture Ireland Irish artists at Edinburgh showcase here and discover the full 2019 festival line-ups at www.eif.co.uk, https://tickets.edfringe.com/ and https://www.edbookfest.co.uk/.