For Culture Night 2021, Mountmellick will remember one of their own with an innovative video-mapped animation of the life of 19th-century social reformer, Anne Jellicoe.

Mountmellick native Anne Jellicoe was born into a Quaker family in 1823. A progressive educationalist and social change-maker, in celebration of her activism, achievements and Laois roots, artist Caroline Conway has created a video-mapped projection detailing Jellicoe’s impressive life and work. This dynamic seven-minute loop will be projected onto the walls of Mountmellick Community School from 8.30pm-11.30pm on Culture Night, Friday 17th September.

Young Jellicoe was hugely influenced by her father, William Mullin, a Quaker schoolmaster who ran his own school for boys, and Johanna Carter, a teacher at a local school for girls.

Carter herself was an inspirational figure for Jellicoe as she provided invaluable vocational training for girls and pioneered the now-renowned Mountmellick embroidery technique. Carter’s actions and independence of mind demonstrated to Jellicoe just how work could bring women a never-before-seen economic and social freedom. 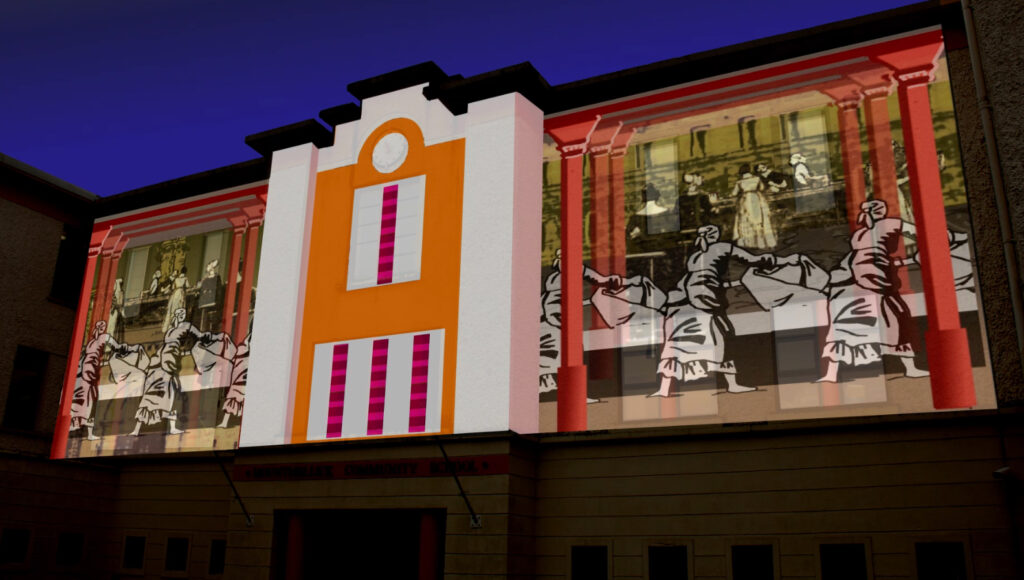 With a tenacious belief in the value of education for every individual, regardless of sex or social standing, thanks to her Quaker upbringing, Anne set about founding an embroidery and lace school in Mountmellick to help young girls access employment. She later replicated this success in Clara, County Offaly, having moved there as a newlywed with her husband John in 1848.

"A progressive educationalist and social change-maker, in celebration of her activism, achievements and Laois roots, a video-mapped projection will detail Jellicoe’s impressive life"

With her sights set on improving the schooling and employment opportunities available to middle-class women in particular, Anne’s activism continued in 1861 as she co-founded the Dublin branch of the London-based Society of Promoting the Employment of Women. The society’s aim was to educate and prepare women for work outside of the home. By 1870, the institute had found employment for 862 of its 1,786 pupils, had extended its syllabus from technical to academic subjects, and is said to have played a part in removing the stigma on women working for pay.

A number of years later in 1866 came the Laois woman’s best known achievement, founding the Dublin education institution, Alexandra College. Having noticed that the women coming to the Society of Promoting the Employment of Women had not benefited from even basic education, Jellicoe founded Alexandra College in order “to afford an education more sound and solid… and better tested, than is at present easily to be obtained by women of the middle and upper classes in this country.” Anne Jellicoe served as Lady Superintendent of the prominent school until her death in 1880.

There’s so much happening for Culture Night 2021, find out what’s on near you!