Irish Girl Guides from the Seashell Guiding District in Cahore and Courtown have joined forces to explore the impact of litter pollution on the local marine environment, through a creative and sustainable lens.

A five-week project, the group will explore printmaking, drawing and mono-printing by using materials found on local Wexford beaches. Items collected will be used to create a set of collagraph prints with the final works set to be exhibited and sold as a fundraiser for Seal Rescue Ireland.

The project kicked off in February at a two-part educational day on Cahore Beach. This featured a talk from Explorers Outreach Officer, Dr Gillian Wheatly of the Explorers Education Programme, funded by the Marine Institute, and was followed by a guided tour courtesy of Donal McGrath of Cahore Inshore Rescue Service.

Kayleigh Foran, STEM Engagement Coordinator with Calmast, remarked that the ‘Fish or Foul?’ project aims to engage young people in the topic of marine pollution and its effect on their local area:

“The Creative Communities project has given Girl Guides the unique opportunity to reflect and critique the world around them, innovatively and excitingly. The community support network, facilitated by the Hub and Cluster model has allowed them to explore their locality from a new perspective, increasing the girls’ confidence in STEM, sea stewardship and their sense of responsibility.”

The project is part of a wider Hub and Cluster initiative founded by Calmast, to significantly increase STEM education and public engagement across the entire South East. Six regional clusters have been formed in Wexford, New Ross, Waterford, Kilkenny, Clonmel and Dungarvan.

Funded by Science Foundation Ireland, the Hub and Cluster model brings the main actors in the locality together in clusters – from local government, libraries and industry, to higher education, schools and more – to deliver STEM engagement through beneficial partnerships in their area.

As well as a mono-printing and drawing session which took place in early March, Krysten Maieran, Educational Manager of the Seal Rescue Ireland Centre, Courtown, gave a fascinating educational talk and tour of the centre. Through hands-on activities during the session, the Guides learned about the rehabilitation process of seals and the effects humans often have on their natural environment. 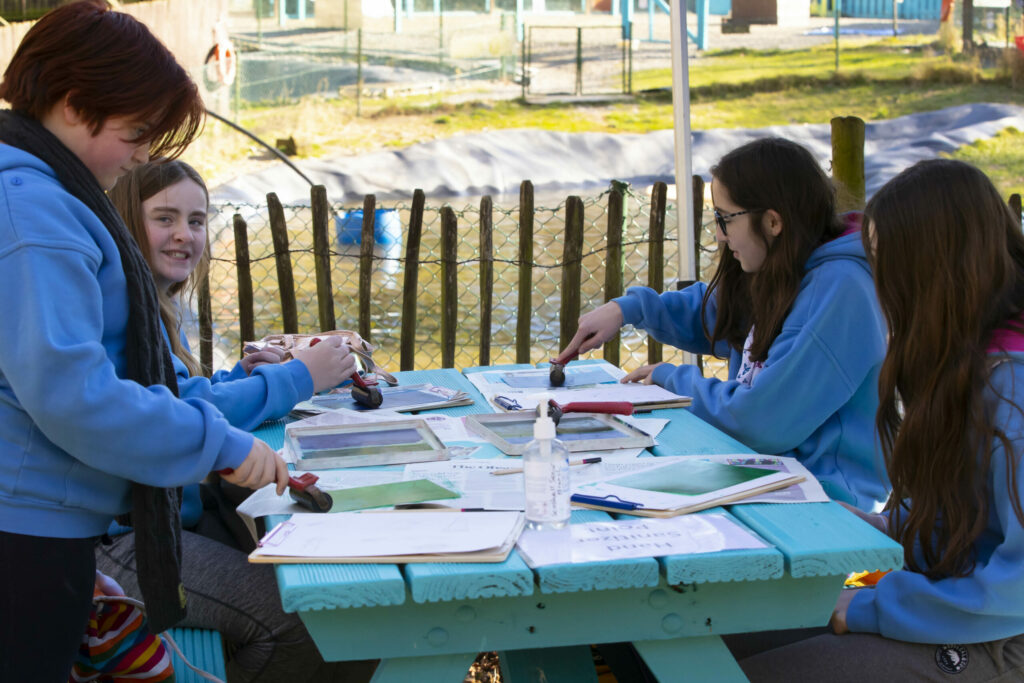 Kayleigh added, “sustainability and positive climate action are hugely important topics as the region collectively tries to do their part in the fight against climate change.”