Bringing an artistic slant to many a walk to work, a stroll through town or a quick nip to the shops, Ireland’s vibrant street art culture elevates humdrum concrete facades, electricity boxes and more into objects of true beauty.

The innate value of street art and creative graffiti was undeniably brought into sharp focus over the last two years as we all faced lockdowns and restricted daily lives. Without the cultural balm of our beloved galleries and art spaces, many of us began to notice our neighbourhood environs instead becoming unique creative canvases.

"It’s an artform for everyone, a great way for the ordinary person to view art”"

In Cork, the Ardú Street Art Project showcased exceptional local, national and international street art talent while wowing city residents. It provided mural painters with a high-impact platform via the sides and gable-ends of buildings in prominent spots across the city. Ardú’s aim is to make street art even more accessible to the public through dialogue, workshops and tours, and ultimately, more appreciated and admired. 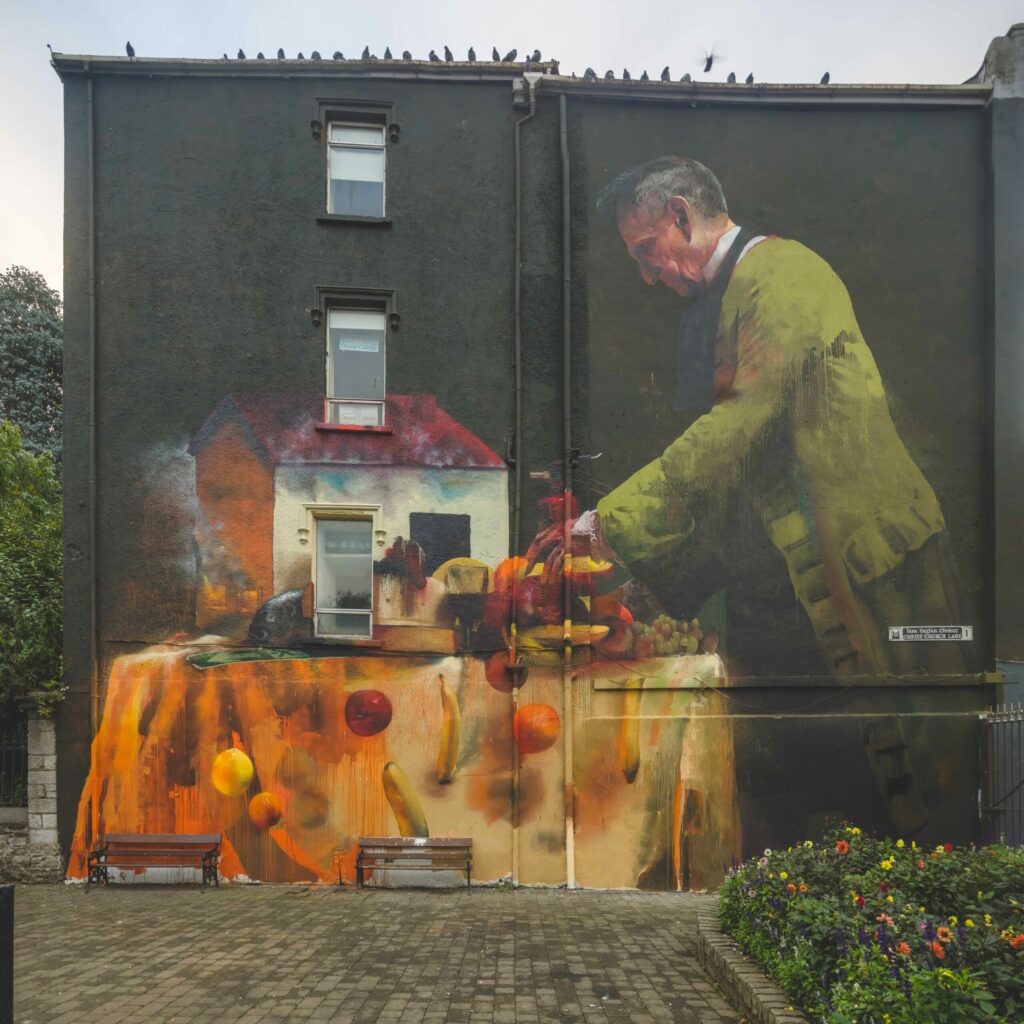 Asbestos’ thought-provoking mural was also ranked number seven in Street Art Cities‘ monthly Top 10 works from around the world for October. A notable mark of recognition from the global street art community.

In Louth, Dundalk’s SEEK Urban Art Festival enjoyed its third outing this year. Centred around promoting visual arts in Dundalk while celebrating the area’s history and personalities, the festival invited a host of Irish and international street artists to add their artistic flair to the town’s streetscape. 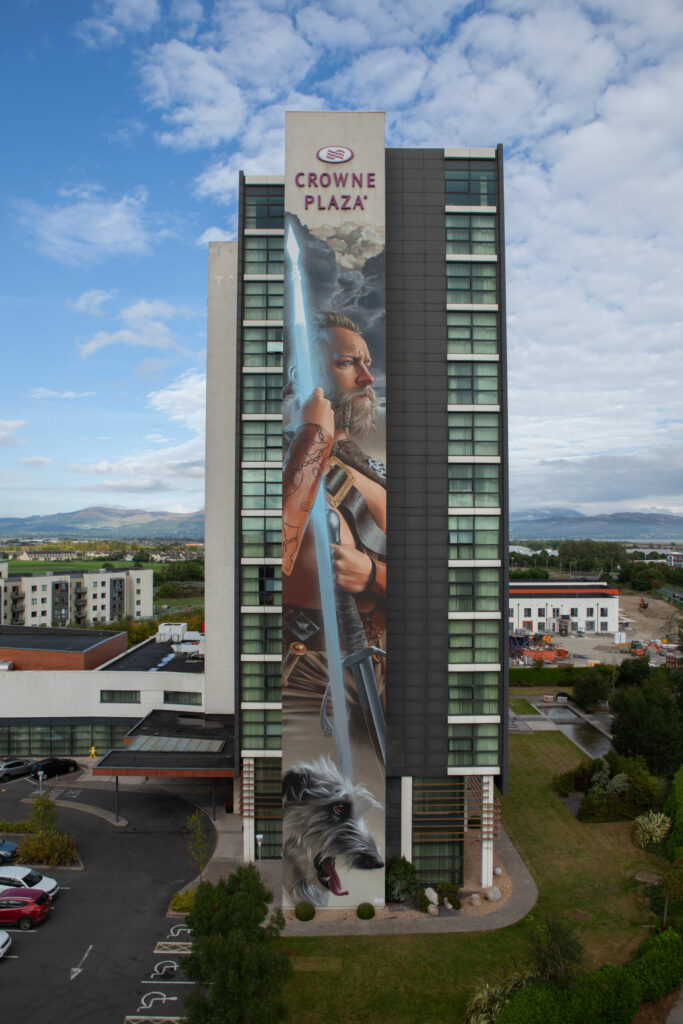 It’s not just walls and buildings that have enjoyed some spray can make-overs, even the humble electricity box can spark with colour.

That’s what you’ll spot in Galway, thanks to 10 local artists, including Naoise Sheridan, Margaret Nolan and Tracey Moca, who were selected to paint 100 electricity boxes around the city. An appealing touch to the streetscape, their work shows that anything can be a canvas for creativity, even the most functional of installations.

Over in Kerry, a number of projects have been upping the creative ante in The Kingdom. Artist Curtis Hylton’s large-scale mural along the Flesk Cycleway in Killarney brims with biodiverse beauty in its showcase of the flora, fauna and wildlife found in nearby Killarney National Park.

The Listowel Characters project transforms the words of North Kerry poets, writers and songsmiths into arresting typographic murals around the town. So far, artists GW Joyce and Mack Signs – Cormac Dillon and Louise Gardiner – have reimagined quotes from poet Brendan Kennelly and author Maurice Walsh into attention-grabbing gable-end works. With more to come, watch this space!

What do a fish, a robot, a car and an octopus all have in common? They’re each brilliantly depicted in Clare as part of the excellent Ennis Street Drain Art initiative!

Ennis residents have been admiring these four imaginative artworks since April, an addition to the six created in 2020. Humorously elevating the humdrum drain grate into lively characters, the works were created by husband and wife artists Giordana Giaché and Martin Shannon, who have put a little injection of art right under people’s feet. 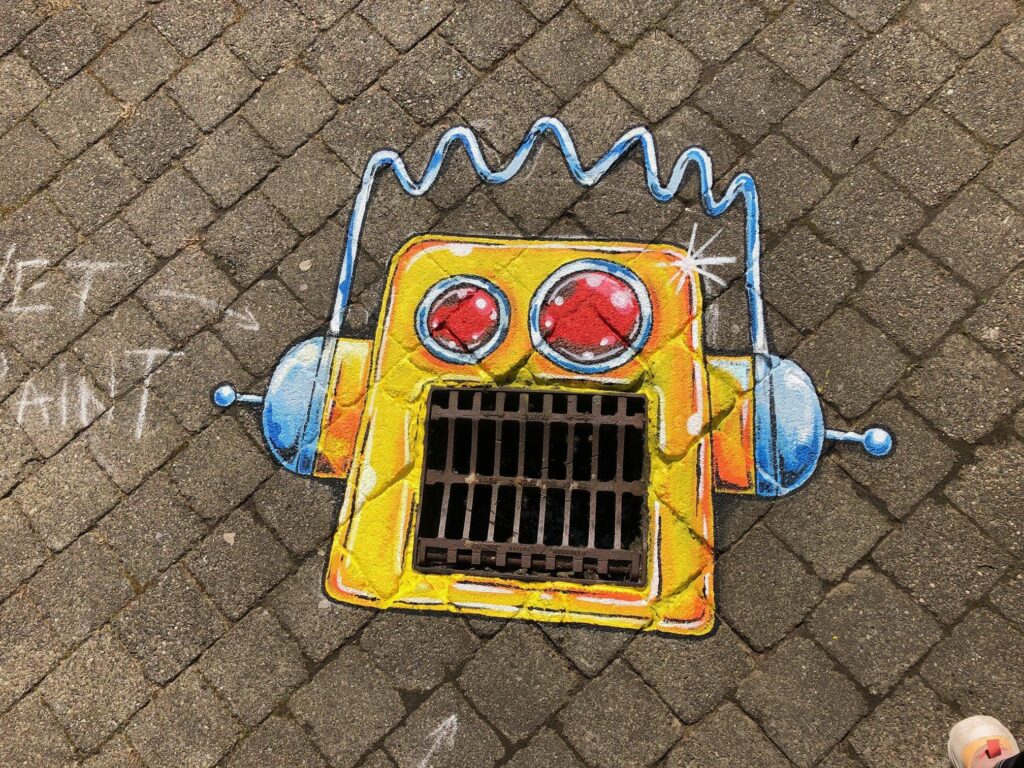 The photography of Castleblayney native JJ Clarke inspired the first of a series of murals in Monaghan. Intent on celebrating a number of aspects of local history, heritage, and culture, the first work in the Monaghan Murals project is a stunning reimagining of Clarke’s photo ‘York Street’, created by artist Ominous Omin.

Combining street art with sustainability activism, Waterford’s Street Art for the Goals project is raising awareness of the United Nations’ 17 Sustainable Development Goals (SDGs). Delivering environmental education via 17 visual art installations, the works highlight the cause and beautify local public spaces, too. The installations are being developed throughout the county using a variety of innovative, creative and sustainable methods.

View more like this
Mná Cruthaitheacha: Creative Women in the Spotlight
Creative People